Traveling – it leaves you speechless, then turns you into a storyteller. – Ibn Battuta

Not only a new year began, a whole new century is here and I am more than excited about it. I wanted to do something different on new years eve, and decided to visit the Netherlands for a couple of days.

The Netherlands is one of the most popular and highest visited country for germans. Not only because it is near by, the cultural differences aren’t far apart either. I wanted to do something different and stayed not in the capital Amsterdam. Instead I stayed in the second largest city Rotterdam.

Today, I will give you some inspiration for your visit to the Netherlands

The Markthal is a Food Eldorado for everybody who loves different and alot if food. It was absolutely amazing to see so many faboulous dishes. You have everything from traditional dutch food to hamburgers, turkish, italien, japanese food. It opened only 5 years ago and is the largest indoor food market in europe.

The city center is full of beautiful and cultural places. On of the things I visited was the

You have to pay 10 Euro to go up with the elevator. The tower has an own restaurant and you can buy souvenirs after visiting it. Unfortunately, my view was not that good because of the strong fog on this day.

Home to the United nations and with an population of over 500,000 people, The hague was definately worth a visit. I stopped at the famous mauritshuis. It was a palace, turned 1822 into a museum and holds a significant amount of paintings from Rembrandt and Vermeers.

I walked to the streets and into a park. The Hague has a different vibe than Amsterdam and Rotterdam. It seemed more calm and relaxing.

Of course I had to visit Amsterdam! I was here for a short time 10 years ago but not in the city. I walked a lot through the streets and they was sooo much to discover. The city is very crowded and I was a little bit overwhelmed by it. It reminded me of London. You will find people from all over the globe. I took a glimpse at the famous red light district. It was interesting to see so many young men lining up in queues to go inside a brothel.

I was so sad, because I did not know, that you could only enter the Anne Frank house with and online ticket. The tickets are easily sold out and you have to wait sometimes for many month to get one. Nobody told me that…but I am here, to tell you! 🙂

Like and subscribe to see more.  Again, happy new year 2020! May god guide and protect your family ❤ 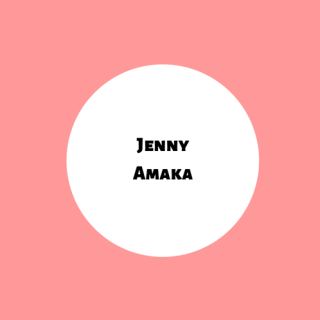